Just some of his show records: 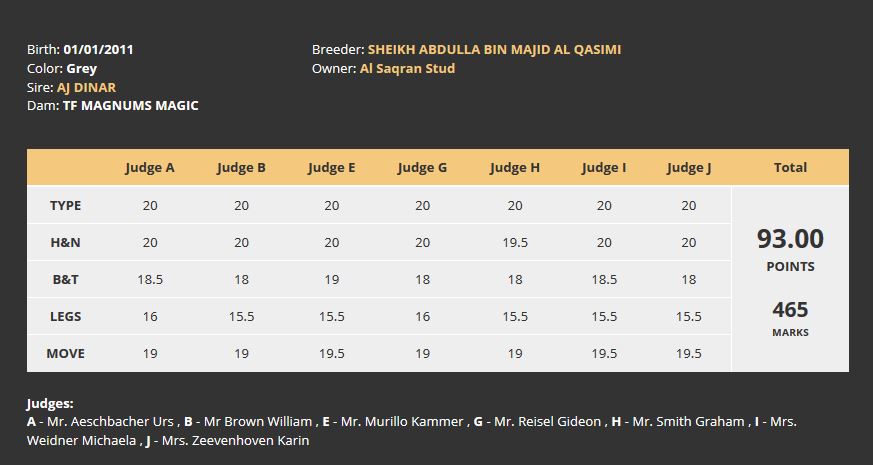 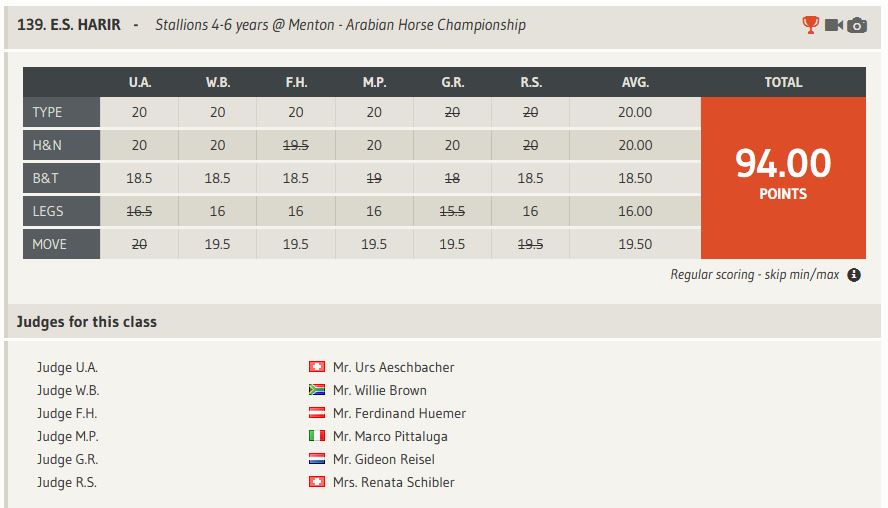 ES Harir – a son of Aj Dinar – will be a great sire in the world!

And here a video of ES Harir:

Al Saqran Arabian Horse Stud (based in Sharjah) won what was arguably the biggest prize of this year’s Arabian Horse Championship (DIAHC) in Dubai in 2018, when ES Harir became gold champion on the Senior Stallions on Saturday. The three-day DIAHC at the Dubai World Trade Center was under the patronage of Sheikh Hamdan bin Rashid Al Maktoum, Deputy Regent of Dubai and the Minister of Finance and Industry of the United Arab Emirates, and with the support of HH Sheikh Mohammed bin Rashid Al Maktoum, Vice President and Prime Minister of the UAE and ruler of Dubai.
Both Sheikh Mohammed and Sheikh Hamdan were present at the final presentation. The 7-year-old gray stallion, ES Harir, finished second in his class in qualifying, which gave him entry into the championship round, where he was, according to many, “deservedly” Gold Champion in the Senior Stallions. ES Harir has prevailed in the championship round at the jury and won by a unanimous decision with a maximum of 40 points.
It should be added that just a few weeks later he also became the Senior Stallions Gold Champion in Menton 2018. We may be curious about his offspring, which we will now also see at the shows …